About ECCE
The Examination for the Certificate of Competency in English (ECCE) is a standardized high-intermediate level English as a foreign language (EFL) examination. You might use an ECCE certificate: Level
The ECCE is aimed at the B2 level of the Common European Framework of Reference (CEFR) and is valid for the lifetime of the recipient.

About ECPE
The Examination for the Certificate of Proficiency in English (ECPE) is a standardized English as a foreign language (EFL) examination. It is recognized in several countries as official documentary evidence of advanced proficiency in the English language and can be used for academic and professional purposes. It is accepted by some universities as evidence of proficiency in English if the certificate has been received within the past two years.

Level
The ECPE is aimed at the C2 level of the Common European Framework of Reference (CEFR) and is valid for the lifetime of the recipient.

About MELAB
The Michigan English Language Assessment Battery (MELAB) evaluates advanced-level English language competence of adult nonnative speakers of English. The MELAB is intended for: The MELAB is a secure test battery and is administered only by authorized official examiners. Many educational institutions in the United States, Canada, the United Kingdom, and other countries accept the MELAB as an alternative to the TOEFL.

About MET
The Michigan English Test (MET) is an examination for test takers who want to evaluate their general English language proficiency in social, educational, and workplace contexts. Listening recordings and reading passages reflect everyday, authentic interaction in an American-English linguistic environment. An MET Speaking Test is also available.

The MET: The exact cut scores between adjacent CEFR levels, based on research conducted by CaMLA, are available in Interpreting Scaled Scores in Relation to the Common European Framework Levels (PDF). Selected CEFR performance descriptors illustrate what test takers should be able to do at each level.

Who takes the MET?
The MET is intended for adults and adolescents at or above a secondary level of education who want to measure their general English language proficiency in a variety of linguistic contexts. It can be used for educational purposes, such as when finishing an English language course, or for employment purposes, such as applying for a job or pursuing a promotion that requires an English language qualification. The MET is not an admissions test for students applying to universities and colleges in the United States, Canada, and the United Kingdom (see the MELAB). 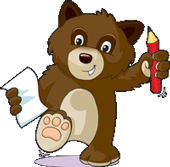 CaMLA Young Learners Tests of English (YLTE) are a fun and motivating way to test the English of young learners in the primary and middle grades. The tests cover all four language skills and are developed by CaMLA in association with Cambridge English.

The tests provide a clear and transparent assessment from Bronze (beginner) through Silver to Gold (early intermediate). The tests are international, focusing on American English. Of primary importance is that the testing experience have a positive impact on children and on their subsequent language learning.

Format of the YLTE
There are three levels of assessment for the CaMLA YLTE: Bronze, Silver, and Gold. All three levels of the speaking tests have similar features such as test formats, test environment, assessment procedures, and the standardization of examiners. The three levels differ in the tasks they ask children to attempt, and the assessment criteria used.

In order to improve our web services, we place third party and our own cookies on your computer. By clicking on ‘Accept’ you agree to our use of cookies. You can learn more about it in our Cookies Policy.
Accept